On July 26, 1971, Apollo 15 landed on Hadley Base, near the Hadley C crater. 28 years later, an overgrown fetus slithered out of my mother. The two have no correlation, but it’s pretty cool that there’s a part of the moon that shares my name and a space mission that landed on my birthday. 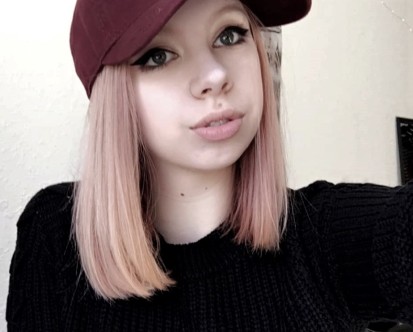 My name is Hadley. I was born in the college town of Carbondale, Illinois, to Jeremy and Andrea Cottingham. I moved around a lot as a kid, my dad was a network engineer in the ’90s and early 2000s, meaning his job was in high demand. When we moved to St. Louis, Missouri, and my sister came along (as well as my diagnosis with a very expensive disability) we were just trying to make ends meet. We ended up in Tennessee for a few years, and then finally relocated to Atlanta.

During my childhood, I never knew anything for sure. My health, location, and family’s expenses were constantly fluctuating. What I always did have, though, was writing. No matter how little made sense to me or how scared I was, writing always gave me back a little bit of control. Oh, and I was good at it.

My writing career began to gain momentum during my junior year of high school when my short story, “A Very Vague Story About the Moon,” received two awards from the Georgia Young Authors Fair. I began touring colleges around this time, and I ended up at Piedmont College, where Dr. Joe Dennis took an interest in my writing. By the end of my first year at Piedmont, my poem “lightly” had received two awards, been published twice, and I was getting ready to take the position of opinions editor at the Piedmont Roar.

Thus far in my sophomore year, I have written, edited for, and traveled with The Roar to Louisville, Kentucky for the National College Media Convention, as well as published my first book. I’m working on comfortably switching between AP style and MLA format, and quickly learning that AP will have to pry the Oxford comma out of my cold, dead hands.